The Purina One Dog Food product line includes 3 kibbles… two claimed to meet AAFCO nutrient profiles for adult maintenance and one for both growth and maintenance (Large Breed Puppy).

Purina One Large Breed Adult Dog Food was chosen to represent the others in the line for this review.

What Foods Are Good For Dogs? 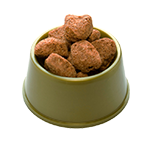 Sometimes, it’s hard to say no to those big, brown puppy dog eyes. But what are some foods good for dogs? Some foods can be harmful or even lethal to a dog. Discover what you should and shouldn’t feed your pet.

** This is a controversial item

The first ingredient in this dog food lists chicken. Although it is a quality item, raw chicken contains about 80% water. After cooking, most of that moisture is lost… reducing the meat content to just a fraction of its original weight.

After processing, this item would probably account for a smaller part of the total content of the finished product.

Which brings us to brewers’ rice… the second and (more likely) the dominant ingredient in this dog food.

This is an inexpensive cereal grain by-product and not considered a quality ingredient.

The third ingredient is poultry by-product meal… a dry rendered product of slaughterhouse waste. It’s made from what’s left of slaughtered poultry after all the prime cuts have been removed.

This stuff can contain almost anything… feet, beaks, undeveloped eggs… you name it.

We consider poultry by-products slightly lower in quality than a single-species ingredient (like chicken by-products).

On the brighter side, by-product meals are meat concentrates and contain nearly 300% more protein than fresh poultry.

The fourth ingredient is corn gluten meal. Gluten is the rubbery residue remaining once corn has had most of its starchy carbohydrate washed out of it.

Compared to meat, glutens are inferior grain-based proteins lower in many of the essential amino acids dogs need for life.

This inexpensive plant-based ingredient can significantly boost the total protein content reported in this dog food.

The next two ingredients include wheat and corn. Wheat and corn are inexpensive and controversial cereal grains of only modest nutritional value to a dog.

For this reason, we do not consider either wheat or corn preferred components in any dog food.

The seventh item is animal fat. Animal fat is a generic by-product of rendering, the same high-temperature process used to make meat meals.

Since there’s no mention of a specific animal, this means the meat meals could come from just about anywhere: salvaged roadkill, spoiled supermarket meat… even dead, diseased or dying cattle.

For this reason, we do not consider generic animal fat a quality ingredient.

The eighth ingredient is pea fiber… a mix of soluble and insoluble plant fiber derived from pea hulls. It is probably used here to add bulk.

In addition to the usual benefits of fiber, pea fiber can account for a trace of extra protein in this food.

The ninth ingredient is oatmeal… a whole-grain product made from coarsely ground oats. Oatmeal is naturally rich in B-vitamins, fiber and is also (unlike many other grains) gluten-free.

The tenth ingredient includes fish meal. Because it is considered a meat concentrate, fish meal contains almost 300% more protein than fresh fish itself.

Unfortunately, this particular item is anonymous. Because various fish contain different types of fats, we would have preferred to have known the source species.

Fish meal is commonly made from the by-products of commercial fish operations.

What’s more, the controversial chemical ethoxyquin is frequently used as a preservative in fish meals.

But because it’s usually added to the raw fish before processing, the chemical does not have to be reported to consumers.

We find no public assurances from the company this product is ethoxyquin-free.

Without knowing more, and based upon this fish meal’s location on the list of ingredients, we would expect to find only a trace of ethoxyquin in this product.

From here, the list goes on to include a number of other items.

But to be realistic, ingredients located this far down the list (other than nutritional supplements) are not likely to have much of an effect on the overall rating of this product.

First, garlic oil may be a controversial item. We say “may be” here because we are not certain of the oil’s chemical relationship to raw garlic itself. Although the majority of experts favor the ingredient for its numerous health benefits, garlic (in rare cases) has been linked to Heinz body anemia in dogs.1

However, the limited professional literature we surveyed provided no definitive warnings regarding the use of garlic… especially in small amounts (as it is here).

Next, we find no mention of probiotics… friendly microorganisms applied to the surface of the kibble after processing.

Thirdly, the minerals listed here do not appear to be chelated. And that can make them more difficult to absorb. Non-chelated minerals are usually associated with lower quality dog foods.

And lastly, this Purina One recipe also contains menadione… a controversial form of vitamin K linked to liver toxicity, allergies and the abnormal break-down of red blood cells.

Judging by its ingredients alone, Purina One Dry Dog Food appears to be a below-average kibble.

But ingredient quality by itself cannot tell the whole story. We still need to estimate the product’s meat content before determining a final rating.

The dashboard displays a dry matter protein reading of 30%, a fat level of 14% and an estimated carbohydrate content of 49%.

As a group, the brand features an average protein content of 30% and an average fat level of 16%. Together, these figures suggest an overall carbohydrate content of 46% for the full product line.

Yet when you consider the plant-based protein-boosting effect of the corn gluten meal, this is the profile of a kibble containing only a modest amount of meat.

What’s more, it’s difficult to ignore the presence of so many Red Flag items.

Purina One Dry Dog Food is a grain-based kibble using only a modest amount of poultry or fish as its main sources of animal protein… thus earning the brand 2 stars. 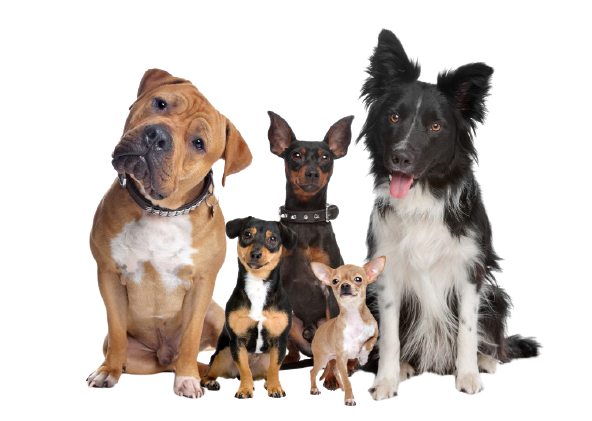